A Treatment for Sickle Cell Disease

SCD is a severe systemic disease with few treatment options for disease-related consequences. The disease's hallmark is microvascular vaso-occlusion, which causes significant morbidity and mortality. Vaso-occlusion is at the root of a complex pattern of difficulties associated with the hyper-adhesiveness of circulating blood cells and endothelium. The activation of numerous adhesion receptor/ligand pairs downstream of P-selectin overexpression initiates the vaso-occlusive cascade. By preventing these sticky contacts, blocking P-selectin has been demonstrated to successfully prevent vaso-occlusion. However, the efficacy of the E-selectin inhibitor uproleselan in Acute Myeloid Leukaemia (AML) patients may prompt the development of comparable medicines that target selectinligand sticky interactions to reduce the clinical implications of vaso-occlusion. The glycan (carbohydrate) determinant for selectin binding was discovered to be the sialylated and fucosylated tetrasaccharide sialyl Lewis(X) (sLeX). As a result, new synthetic lectins that target glycan determinants on P-selectin-ligands may prove to be more specific and effective medications, not only for preventing but also for treating patients with Vasoocclusion Crises (VOCs).

A single missense mutation (Glu6Val) in the -globin gene causes the neutral amino acid valine to be substituted for glutamic acid, resulting in the sickle haemoglobin molecule HbS. The substituted 6-valine causes HbS polymerization into a rope-like structure of intertwined fibre-pairs in the deoxygenated state, resulting in persistent hemolytic anaemia. Endothelial dysfunction is the second pathobiological manifestation of SCD, resulting in a persistent proinflammatory, procoagulant, and prothrombotic state. Microvascular occlusion is caused by persistent hemolytic anaemia and endothelial dysfunction/chronic inflammation [1-3]. The main sign of increased SCD severity is microvascular occlusion. VOCs such as abrupt painful crises, acute chest syndrome, and acute ischemic stroke have been linked to microvascular occlusion [4]. VOCs are one of the leading causes of death in SCD patients. Continuing cycles of intermittent microvascular occlusions eventually result in microvascular malfunction due to ischemia-reperfusion injury, as well as tissue destruction.

Sickle Red Blood Cells (RBCs) and leukocyte adhesion to the endothelium is a precursor to vaso-occlusion, which leads to vascular obstruction and tissue ischemia. The degree of sickle RBC attachment is directly proportional to the severity of vaso-occlusion. Through RBC adhesion molecules like CD36 and integrin, the deformed sickle RBC membrane becomes sticky and more prone to bind to the endothelium. Endothelial activation is triggered by adhering sickle RBCs and scavenged nitric oxide produced by hemolysis, which triggers up-regulation of adhesion molecules such as vascular cell adhesion molecule (VCAM)-1 and selectins (e.g. P-selectin), which initiates leukocyte attachment to the endothelium [3-5]. The rapid attachment of sickle RBCs to arteries and the development of vascular blockage is caused by the translocation of endothelial P-selectin stored in Weibel-Palade bodies of endothelial cells that line blood vessels to the cell membrane. Furthermore, platelet activation occurs when P-selectin contained in -granules in platelets is translocated to the cell surface. Arteriolar neutrophil-platelet microemboli occur when active platelets connect to neutrophils, causing pulmonary vaso-occlusion.

The suggestion that blocking P-selectin could lessen the risk of vasoocclusion was based on data in transgenic mice with SCD who were protected from VOCs when P-selectin and E-selectin were lacking, resulting in faulty leukocyte recruitment to the arterial wall. In transgenic mice with SCD, blocking P-selectin drastically reduced sickle RBC and leukocyte adherence to the endothelium [4-6]. Furthermore, heparin-induced P-selectin blockage was sufficient to enhance microvascular blood flow in SCD patients. Crizanlizumab, a humanised monoclonal antibody (mAb) that binds to and inhibits P-selectin by blocking its association with its ligand, P-selectin Glycoprotein Ligand-1, was developed based on the rationale for P-selectin blockage (PSGL-1). Crizanlizumab medication resulted in a considerably reduced rate of vaso-occlusive pain crises than placebo and was linked with a low frequency of adverse events in 198 patients with SCD, according to the SUSTAIN study (NCT01895361). The Food and Drug Administration (FDA) approved crizanlizumab on November 15, 2019, for lowering the frequency of VOCs in adults and paediatric patients with SCD. Although crizanlizumab appears to be quite promising, there are a few significant limitations to consider. For starters, crizanlizumab can only be given intravenously once every 3 weeks-4 weeks, which may be inconvenient for certain patients and/or their families. Second, within or within 24 hours after the infusion, many occurrences of Infusion-Related Responses (IRRs) simulating acute vaso-occlusive pain crises requiring hospitalisation have been documented. 13,14 Third, while crizanlizumab may be successful in preventing SCD vaso-occlusive pain episodes, it may not be effective as a therapy. The SUSTAIN study did not thoroughly investigate the efficacy of crizanlizumab in reducing the risk of thromboses and preventing the development of acute chest syndrome [2,3,5].

The P-selectin/PSGL-1 axis in SCD

P-selectin is exposed in the vessel lumen in activated endothelium cells, which initiates endothelial P-selectin contact with its ligand P-selectin Glycoprotein Ligand-1 (PSGL-1) on leukocytes. PSGL-1 binds L- and E-selectins with the same affinity as P-selectin, despite its nomenclature. PSGL-1 (sialomucin, CD162) is the most major selectin ligand on leukocytes. It is a disulfide-bonded homodimeric type I transmembrane mucin-like glycoprotein. Under shear stress, PSGL-1 dimerization enhances anchoring to P-selectin. The first step of leukocyte migration is the recurrent process of binding and release between endothelium P-selectin and leukocyte PSGL-1 driven by flowing blood (leukocyte rolling). The link between P-selectin and PSGL-1 is also critical for GPCR-independent integrin activation (adhesion molecules expressed on leukocytes that mediate firm adhesion to the endothelium prior to extravasation). PSGL-1 is expressed on the cell surface of almost all leukocytes, although not all PSGL-1 can bind to selectins. To make PSGL-1 a functional selectin ligand, the lectin domain of P-selectin must bind with high affinity to sLeX-capped O-glycans. The production of the selectin-binding sLeX structure is regulated by a variety of glycosyltransferases and sulfotransferases. Selectins are vascular cell adhesion molecules (VCAMs) that belong to the C-type (calcium-dependent) transmembrane lectin family and are well-known for their functions in leukocyte homing and tissue recruitment. They enhance entrance to secondary lymphoid organs and sites of inflammation during normal and pathological inflammatory episodes by mediating sticky contacts between leukocytes and the endothelium. Platelets (P-selectins), leukocytes (L-selectins), and endothelial cells (E-selectins) all express selectins (E-selectins and P-selectins) [4]. The ability to detect sLeX and its isomer sialyl Lewis(A) is shared by selectins (sLeA). Most circulating leukocytes have sLeX as a terminal component of glycoconjugates, but sLeA is found only in tumor cells and not in normal leukocytes. Both sLeX and sLeA are sialylated Lewis glycan antigens that mediate tumour cell adhesion to the endothelium19, and their presence has been demonstrated to facilitate the arrest of circulating tumour cells on endothelial cells, as well as being strongly linked to greater metastatic potential. 20 In SCD, cancer cell metastasis, and BM transplantation, treatments targeting the P-selectin/PSGL1 axis have been studied. P-selectin inhibition with a recombinant P-selectin ligand reduced thrombosis in nonhuman primate animal models [5,6]. The success of crizanlizumab should spur the development of other biological medicines that block leukocyte-endothelial cell/platelet interactions. PSGL-1 is a glycoconjugate in which the sLeX glycan is covalently linked to a protein. In order to bind selectins efficiently, selectinreactive carbohydrates must be presented on protein scaffolds of PSGL-1. It is now evident that sLeX is a key determinant of PSGL1/P-selectin interactions. Therefore, these glycan structures are appealing targets for development of novel targeted therapies. This had led to the development of a new class of small molecular weight lectin antagonists; known as glycomimetics which are pharmaceutical drugs mimicking glycan structures [5]. 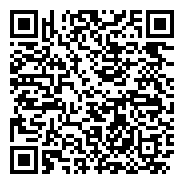