Muse Cells in the Treatment of Skin Diseases

Muse cells are a subset of mesenchymal stem cells (MSCs) that express stage-specific embryonic antigen-3 (SSEA-3) and CD105. It is non-tumorigenic and may generate cells representing all three germ layers from a single cell. Muse cells can move and integrate into injured tissues that produce sphingosine-1-phosphate (S1P), and they express S1P receptor 2 selectively. Muse cell released factors have anti-inflammatory, anti-fibrosis, and anti-apoptotic properties, and they work together to complete the injured group's function and structure repair. Muse cells are described in this review as well as their basic properties and application in skin restoration.

Muse cells were identified as a type of spontaneously pluripotent cell within mesenchymal tissues by scientists from the University of Tohoku (Sendai, Japan) in 2010. Neither linked to special structures nor found in any particular niche. Muse cell dispersion is a constantly changing phenomenon. 3 Muscle cells occupy 0.01 percent to 0.03 percent of mononucleated cells in Bone Marrow (BM) in an adhesion state. Muse cells from the Bone Marrow (BM) may mobilise to the Peripheral Blood (PB) and become hyperactive in suspension mode, accounting for 0.01 percent to 0.2 percent of mononucleated cells. After injury or in the presence of illnesses, the proportion of Muse cells in PB rose rapidly. Muse cells are found in the dermis, spleen, pancreas, trachea, umbilical cord, and adipose tissue, in addition to the BM and PB. Muse cells are surrounded by affluent matrix and have a circular shape in their physiological state. In response to cellular stress and acute injury, muscle cells have a highly conserved biological mechanism [1,2]. Muscle cells can enter injured tissues and develop into particular cells, resulting in tissue regeneration and functional restoration. Muse cells naturally develop into cells compatible with homing tissue after homing, therefore the target cell type does not need to be induced before transplantation. Muse cells also have immunomodulatory capabilities, which may aid tissue regeneration and functional repair in vivo. Muse cells can differentiate into cells that represent all three germ cell layers both naturally and with media-specific stimulation, and they have little telomerase activity and don't cause tumours in animal models. Muscle cells are injected intravenously to mend tissues such as the brain and skin. Muscle cells express the immune-inhibitory human leucocyte antigen (HLA)-G and do not require HLA matching or long-term immunosuppression prior to transplantation. This article examines the therapeutic properties of Muse cells, emphasising their potential for treatment in skin conditions [3].

Chronic stress can cause substantial DNA damage and lead to apoptosis or senescence in an organism. Muscle cells may have a robust Non-Homologous End Joining (NHEJ) pathway that allows them to withstand genotoxic stress. The Ataxia-Telangiectasia Mutated Kinase (ATM) is one of the first proteins activated following genomic damage, although its activation is turned off many hours later. Following stressors, the elevated ATM value in dispose-derived Muse cells was reported to gradually return to baseline after 48 hours [1,3]. SELONOM, SELENOBP, OXR1, GPX8, and FANCM are five proteins identified in the proteome that may play a role in Muse cell stress tolerance. After injury, DNA damage repair (DDR) was correctly initiated in Muse cells. The recruitment of DNA repair factor is aided by phosphorylated H2AX (-H2AX), and the appearance of -H2AX foci signals that damaged DNA is being repaired. Serine protease inhibitors (also known as Serpin), a protein superfamily with protease inhibitory action, are solely expressed in Muse cells, which may help to explain Muse cells' in vitro Long-Term Trypsin (LTT) endurance. The high expression of the CCNA2 gene has also been linked to increased tolerance, according to a recent study. The secretomes of Muse cells have a large number of 14-3-3 protein (also known as YWHAQ) isomers, which play a vital role in controlling the response to DNA damage following cellular injury, implying that the stress-enduring ability involves pro-survival factor secretion [4].

Muscle cells are commonly acknowledged as a multipotent cell population with no tumorigenic or ethical issues. Muse cells display pluripotent markers like NANOG, Oct3/4, Par-4, Sox2, and TRA1-60, and have the ability to differentiate into three types of cells from a single cell. Muse cells have asymmetric growth, normal karyotype, and reduced telomerase activity. 3 They have low amounts of Lin28, an RNA binding protein gene involved in cancer and pluripotency maintenance, and high levels of Let-7, which could be a protective mechanism against Lin 28 and tumorigenesis. Muse cells, which do not cause tumours when transplanted into a host organism, are thus the most promising cells in regenerative medicine. Muse cells' unique immunological privilege system is another distinguishing feature. Muse cells produce more cytokines, such as EGF, PDGF-bb, NGF-b, SCF, TNF-, bFGF, and TGF-, than non-Muse cells, and their levels are higher under hypoxic settings. In the context of inflammation, Muse cells have much greater TGF- and IL-10 mRNA levels than MSCs, according to a research team. Thus, by producing soluble cytokines, Muse cells can better respond to stress (such as hypoxia) and coordinate wound repair.

When tissues are damaged, damaged cells release sphingosine1-phosphate (S1P), a warning signal that recruits Muse cells that express the S1P receptor 2 to the damaged areas. Muse cells spontaneously develop into tissue-compatible cells after homing, and fresh functional cells are replenished for tissue repair. HLA-G, a nonclassical HLA allele with significant immune-inhibitory capabilities, was shown to be much more abundant in Muse cells than in non-Muse cells. As a result, Muse cells tolerate allogenic transplantation well and do not require HLA matching or long-term immunosuppression. Passaging cells may gradually reduce their pluripotency [1,3,5,6]. Dermis is an excellent source of Muse cells since it may be collected through a variety of surgical techniques.Muse cells must be expanded from the dermis using Poly-HEMA (poly 2-hydroxyethyl methacrylate) coated wells. Compared to other tissues in the body, AT is the most promising source because it is easy and painless to collect millions of Muse cells from 1 liter-2 litre of Adipose tissue via liposuction.

MSC-mediated immune modulation could be employed to treat skin inflammatory disorders, according to a previous study. Wen et al. used LTT to obtain Muse cells from human BM-derived MSCs, and subsequently injected the Muse cells into mice with atopic dermatitis. Muse cells decreased the expression of the inflammatory factors interleukin (IL)-6, IL-17, and IL-33 in both the spinal cord and the skin, according to their qPCR findings. Muse cells are a type of pluripotent stem cell that has the potential to treat dermatitis on the skin [4,5].

Muscle cells can migrate to the wounded area on their own and secrete growth factors such PDGF, bFGF, TGF-b, and EGF, which are needed for wound healing and inflammation during the proliferation phase. Subcutaneous injections of Muse cells and non-Muse cells were used to treat diabetic DM-SCID mice's skin wounds. The ulcers in the Muse cell treatment group heal quickly, the epidermis is thick, and the wound healing time is short, according to the findings. Muse cells are injected locally using hyaluronic acid as a carrier to avoid cell migration and achieve a more focused therapy effect. Muse cells develop into KCs, blood vessels, and FBs after homing, and assist in body rebuilding via the regenerated epidermis and dermis [4].

Muscle cells are endogenous pluripotent stem cells, hence they pose little risks in potential clinical applications. Muscle cells can withstand severe conditions and switch pluripotency expression in suspension and adhesion cultures. Muse cells can home to the wounded region after being injected intravenously and differentiate into the cells needed for tissue healing. Muscle cells have pleiotropic actions and may work together to provide long-term functional and structural repair. Muscle cells were employed in a mouse model with diabetic ulcer or with EB, and the results were excellent. Muse cells' clinical application prospects in the field of skin disease treatment are quite promising. 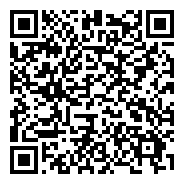